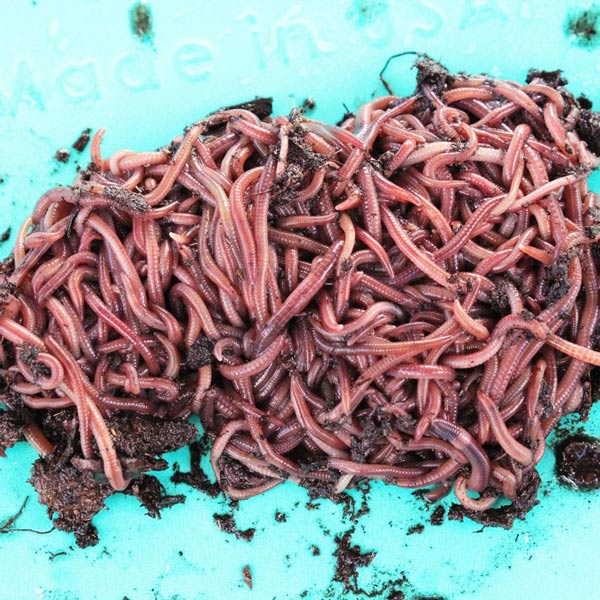 Red Wigglers stand out as the best choice for efficiently composting your kitchen scraps and paper waste. They have a voracious appetite, thrive in a densely populated area, and are tolerant of a wide range of environmental conditions. They are not easily disturbed by the turning and raking of bedding that is necessary when adding food scraps or checking the progress of decomposition in your earthworm bin. These qualities translate into the perfect species for the earthworm farming beginner. The Red Wiggler is identified by its deep red coloring, thin banding, and yellow-tipped tail-end. Their diminutive size makes them ideal for smaller habitats, yet this should not diminish the fact that Red Wigglers are also very successful working in large scale composting operations. These earthworms form no permanent burrows and instead live on the soil surface and uppermost layers of your compost bin. They feed in organic surface debris and are well adapted to the rapidly changing conditions of a compost bin. Although this hardy worm will survive temperatures close to 40°F, they prefer bedding temperatures between 68°F and 80°F. The Red Wiggler grows to a length of 3-4 inches, but don't let its diminutive size fool you - these little guys process large amounts of organic material. You'll be able to compost your kitchen scraps 10 times faster when compared to composting without them.

For 2000 Red Wigglers, you can utilize any of the following containers:
*Red Wigglers cannot survive in an environment that is below 32°F.  Keep this in mind when adding to any outdoor manure or compost piles.  However, freezing weather is not a guarantee that your worm population will be completely wiped out.  Worms often burrow deeper to escape the colder soil horizon temperatures.

Red Wigglers can live in several different types of bedding. You can mix and match at your convenience:

*Horse and cow manure MUST be thoroughly composted before using, at least 4-6 weeks.  If using rabbit manure be sure to hose down thoroughly if you are sourcing from directly under rabbit hutches due to possible high urine saturation.

Your Red Wigglers can eat just about everything you can!  However, you should stay away from meat and fried food.  Meat can smell horribly when it decomposes and fried food doesn't break down properly and your worms won't be able to eat it.

What amount of kitchen scraps should you feed 2000 Red Wigglers?
There isn't really a need to get scientific and measure everything out -- use the size of your hand making a fist as your measuring tool.  For 2000 Red Wigglers, begin feed with 4 fist-sized portions of kitchen scraps. Depending on the state of decomposition, it will take anywhere between 1-3 weeks for those scraps to be consumed. When the food has almost disappeared, repeat with 4 fist-sized portions.  As time goes by, you will begin to recognize how long it takes different types of food to be consumed and if any adjustments need to be made.

How much specially formulated grain feed should you feed 2000 Red Wigglers?
There are two feeding methods for grain feeding;  1) top feeding and 2) total mix feeding.

For top feeding, begin with 1/4 cup of grain even sprinkle on the top of the bedding, then mist with water to soften the feed.  Do not feed again until ALL of the grain has been consumed.  This will take anywhere between 12 to 36 hours.  If the feed is consumed in less than 12 hours you can increase the amount.  If it takes longer than 36 hours, decrease the amount.  Add 2 inches of bedding every 2 weeks to keep your bedding fresh. 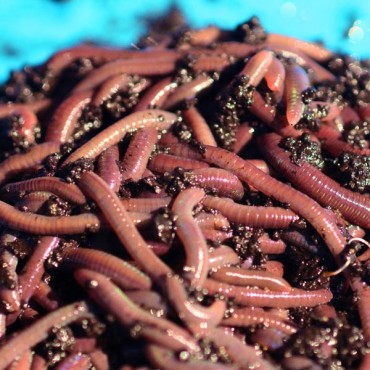 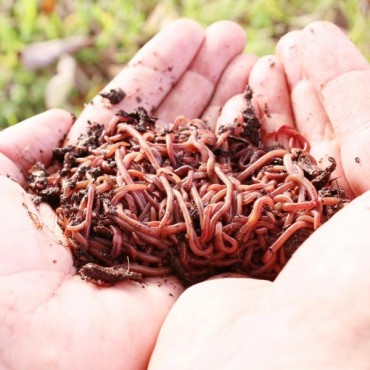 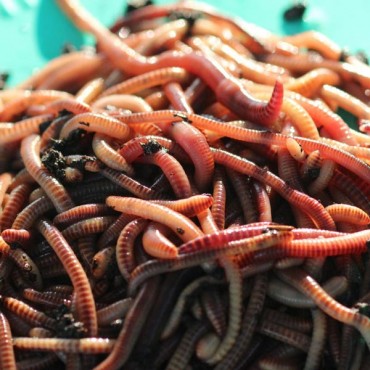