A Snapshot of Worm Biology 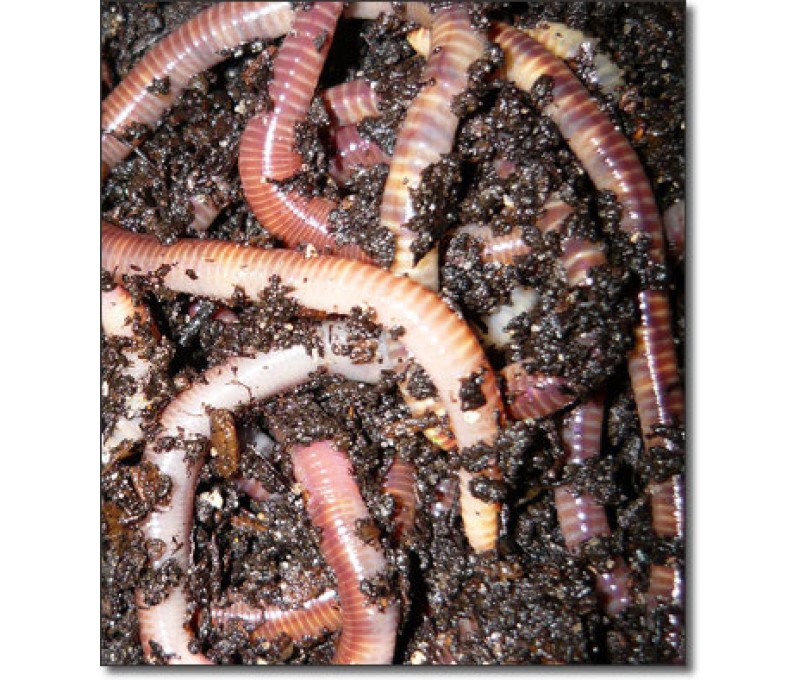 One of Earth's original recyclers, earthworms (interchangeably known as "worms") are our planet's greatest composters. Worms need few requirements to thrive; a dark, moist environment with plenty to eat is all they need. The result is nature's perfect fertilizer.

Your worms will consume old newspaper from your garage, coffee grounds, melon rinds, veggie scraps, egg shells and just about any food scrap from your kitchen garbage.

Before there were compost bins...

Worms are the planet's soil processors and builders. Through their constant burrowing they aerate the soil, improve its water holding capacity, keep it from becoming compact, bring up mineral elements from the subsoil, break up hard-pans, create fertile channels that facilitate the root hair growth of plants, liberate essential plant nutrients into soluble form, and neutralize soils that are too acid or too alkaline for growing plants of all kinds. An amazing organism the creature we call the worm!

Perfectly designed for its environment

The worm is one of the most streamlined creatures on this planet. Tapered at both ends, there are no protruding limbs or organs visible- the perfect form for burrowing through the earth. It works in the darkness so it needs no eyes. It has no visible ears, no gangly arms or legs. Here, one could say, is an organism that is perfectly designed to work proficiently in its environment. The worm needs no further evolutionary adaptation. And has been this way for millions of years.

How does a worm eat?

The worm is an eating and composting machine. It literally eats the earth as it burrows through it, either pushing aside the earth or taking it into its mouth. A worm can ingest its own weight in earth, minerals, and organic matter each day, thus requiring an impressive digestive system. Worms have a digestive track that runs the length of their body called the alimentary canal. Different parts of the canal serve different purposes.

The first section that food travels to after the mouth opening is the buccal cavity or the cheek pouch. The taste cells are located in this area, which extends only to the first or second segment.

Food then travels through the gullet and into the crop. The crop is a storage area for food before it enters the gizzard . Yes, I have asked the same thing, "Why does a worm need as storage organ". Until we can speak worm, one can only hypothesize.

The crop then sends food to the gizzard which grinds up the food using powerful muscles. Sand and other mineral particles the worm consumes also helps to pulverize food.

Behind the gizzard begins the intestine. This is where the digestion and absorption takes place. A worm's intestine, like our own, has many folds in the inner wall which gives the food greater chance for being fully absorbed.

What are worm castings?

Decomposing matter contains microbes such as yeast, phototropic bacteria, lactic acid bacteria, actinomycetes & mycorrhizal fungi. As these microbes feed, rapidly reproduce and die, they release nutrients that are key to a worms diet. Since worms have no teeth, they rely on these microbes to break down the organic matter on which they are feeding on.

The nutrients created from the dying microbes also feed other members of the soil microbial food web. They all end up going through the worm’s digestive track and are coated with organic calcium from the calciferous gland. This happens over and over again. Each time it passes though the worm, another layer of nutrients, humic acid, and live microbes are added and stored within the next layer of calcium coating.

As moisture dissolves the calcium, it is an immediate food source for the plants. Once the calcium has been dissolved, the nutrients, micro-nutrients, and microbes will be released into the root zone creating a healthy soil food web.

USDA tests have shown that worm castings contain about 8 times the amount of nitrogen, phosphorus and potassium as does the soil from which the castings started.

Why are worms cool and slimy?

Worms are cool because they are cold-blooded animals. They are "slimy" from a film of mucus they produce which helps them hold moisture. The evaporation of its moisture helps to keep the worm cool, just as perspiration helps to keep us cool on a warm summer day. For us, keeping cool is often a matter of comfort, but for the worm it is vital --the worm must remain both cool and moist in order to survive.

The mucus has other important purposes as well. It is an effective lubricant that helps the worm to burrow through dense, rough soils that include clay, twigs and stones. Mucus also serves an important reproductive function. As two worms mate, a special type of mucus is secreted that helps to protect the spermatozoa that is mutually exchanged.

How do worms reproduce?

Worms are neither male nor female; they are both. They are hermaphrodites which means they possess both male and female reproductive organs. This is advantageous to reproduction; a worm can mate with any other adult worm (within its own species) that it meets. Worms will mate any time that the conditions are right. Factors such as temperature and soil moisture content help determine when worms will reproduce.

When worms mate, they lock tightly onto each other and secrete a copious amount of thicker-than-normal mucus. This mucus is secreted by the clitellum (the lighter colored band that every adult worm has). Each worm then deposits its own sperm to the other worm. The mucus helps to protect the sperm and is later used as a covering for eggs. Once the sperm has been expended the worms will separate. The sperm is retained by each worm until it is needed to fertilize the eggs, which are typically produced after the two worms have parted.

If conditions are favorable, worm capsules will hatch in about 2 to 3 weeks after being laid. If conditions are not right, the capsules have the amazing capacity to survive dryness and extreme temperatures that would normally kill any adult worm.

Newly hatched worms look like little pieces of white thread (see picture below), about 1/16 to 1/4 in long depending on the species. They grow very rapidly, reaching sexual maturity in about 90 days.

How many different kinds of worms are there?

Scientists have discovered and named more than 4400 species of worms on this planet. They can be grouped into three basic categories based on both their habits and at what soil depth they can be found. The three categories are endogeic, anecic and epigeic.

Endogeic.This category of worms typically live throughout the deeper soil layers into the mineral horizon. Endogeic worms build complex horizontal burrow systems. These worms rarely come to the surface, instead spending their lives in these burrow systems where they feed on decayed organic matter and bits of mineral soil. Further details of endogeic worm behavior are poorly known. These types of worms are not composting worms.

Anecic.The most famous type of anecic worm is the Common or Canadian Nightcrawler (Lumbricus terrestris). This category of worm form semi-permanent, vertical burrows that extend from the soil surface down through the mineral soil layer. Anecic worms feed off of the decaying surface litter, pulling it down into it's burrows to feed underground. Anecic worms typically have a flattened "tail" that bristle with tiny hairs, called setae, that can grip the burrow wall thus helping it to avoid being easily pulled out of the ground. These worms also need a stable burrow environment in order to thrive, do not do well in dense populations as well as take a long to mature and multiply. Again, this category of worm is not the composting type.

Epigeic.Epigeic worms are the type of worms used for composting. These worms form no permanent burrows and live on the soil surface and uppermost mineral layer. They feed in organic surface debris and are well adapted to rapidly changing environment of the soil surface. These are the types of worms you will use for composting as they are voracious eaters, thrive in a densely populated culture and are tolerant of a wide range of environmental conditions.
Related Post 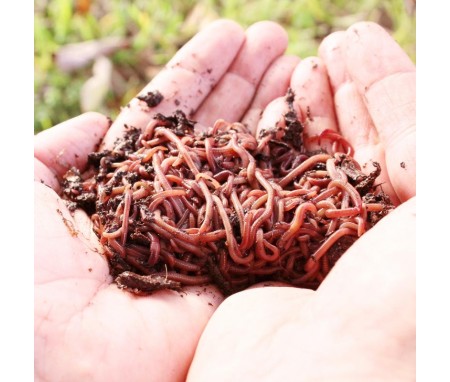 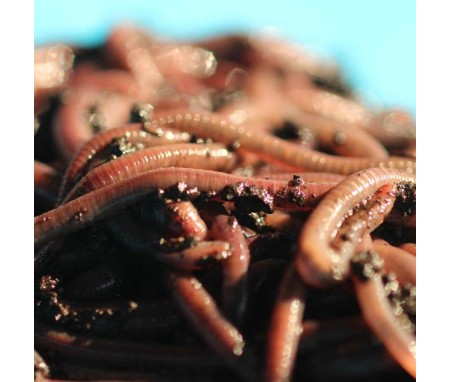 How Do Worms Benefit My Garden? 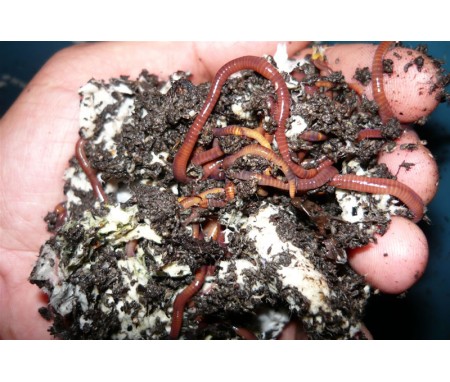 I Want To Raise Worms...Where Do I Start?

Do you want to raise worm but are unsure of where to begin? This article will point you in the right direction.
Read More